When I recently spent some time with HK RCCS veteran Gerry Gerrard, we talked about his trip to last December with a group from the Hong Kong Veterans Commemorative Association. (A report can be seen on the Association website: www.hkvca.ca/2010trip/ )  He commented on how much has changed from when he and the other members of “C” Force arrived there in November, 1941.  High rise towers and other developments are prominent, but there are areas where the fighting took place during the battle where some of the features from 1941 are still visible (including the HQ bunker that Gerry remembers well).  Efforts are being made to preserve and interpret these locations for interested visitors.
Another important location for us Canadians is the .  The graves of 283 Canadian soldiers, including Wes White and four other RCCS members, are found here.  On one of her trips to , my sister-in-law took some photos of the cemetery – three of which I’ve included here. 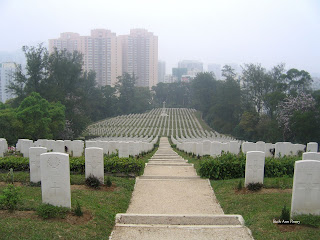 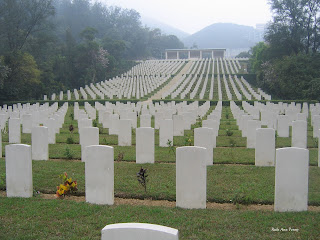 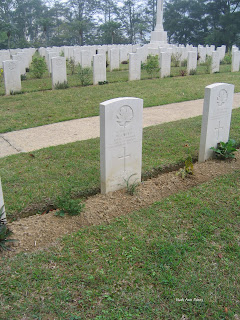 Gerry and I also talked about the “culture shock” that occurred for most of the Canadian soldiers when they arrived on November 16, 1941.  Everything seemed “cheap” in terms of Canadian dollars – food, liquor, and services (including women).  A number of the fellows wrote about their impressions, including my uncle, Don Penny.  He sent a letter home to , relating his unfavourable reactions to his new location (which he was not allowed to identify). 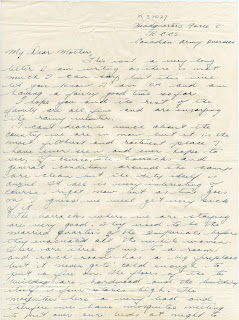 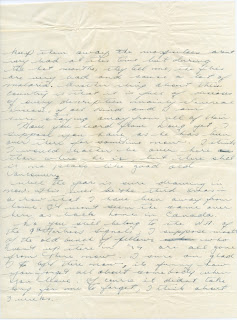 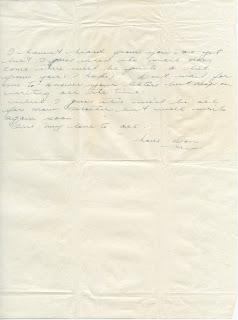 Signalman Rolly D’Amours recorded many of his thoughts and observations in his diary.  Three pages dealing with a particularly memorable evening are shown below.  Thanks to Pierre D’Amours, Rolly’s son, for allowing me to include them in this post. 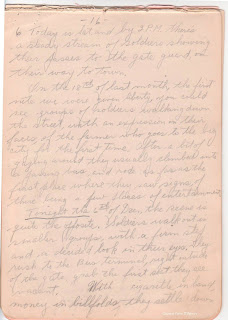 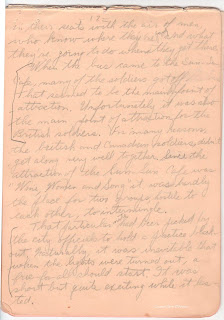 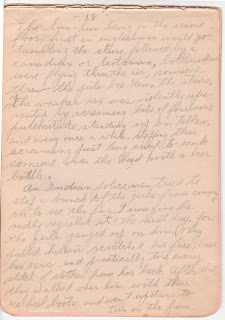 On the morning of December 8th (December 7th in North America), after barely three weeks of gradually getting acclimatized to the realities of Hong Kong life, the soldiers had to quickly accept another reality:  they were now at war with .

If you have other recollections or documents about our Canadian soldiers' early days in Hong Kong that you would like to share, you can post them as a comment, or email them to me and I will include them in another post to the blog.
Posted by Burke Penny at 8:52 PM