It was Tuesday, September 25, 1945 when the train from San Francisco rolled into Vancouver with a group of liberated POWs on board.  My uncle, Don Penny, still dressed in the U.S. Army clothing issued to him in Yokohama after he was freed from Sendai Camp #1 in Japan, was happily greeted by his two sisters, Jeanne and Greta. 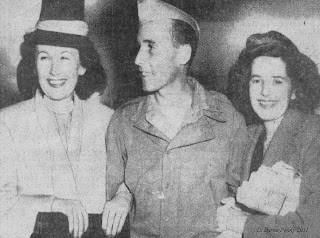 In one of his notebooks, Don recorded the details of his trip from Japan back to North America. 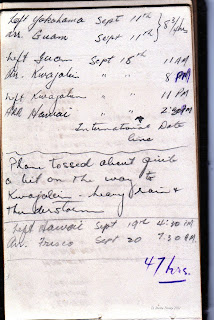 In Guam, the Americans had set up large facilities for looking after their soldiers who were (and would have been) involved in attacks on the islands held by Japan (and eventually the home islands).  The whole operation there was now available for servicing liberated POWs. 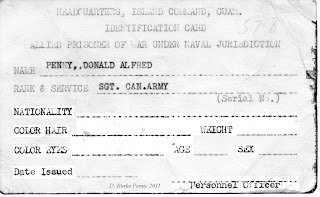 In Guam, the men had their first opportunity to write a real letter home.  For most, it was the first honest communication with their families in almost four years. 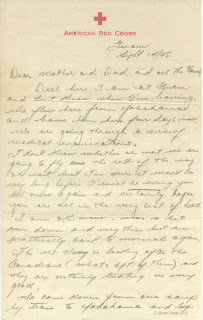 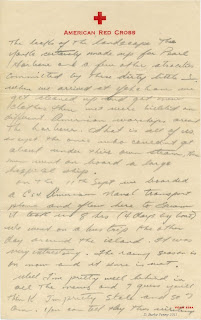 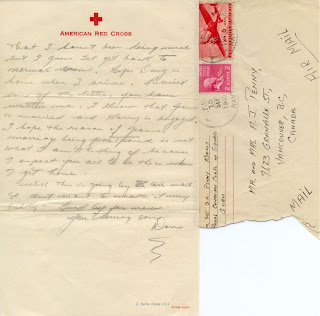 Don was one of the lucky men who was brought to the U.S. by plane.  Upon reaching Fort McDowell, San Francisco, he sent a telegram home.  Three days later he was on a train headed for Vancouver. 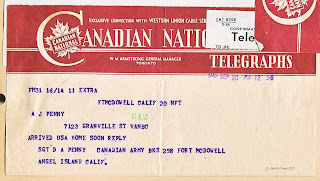 The train stopped in Portland, Oregon and the Canadian soldiers were hosted at the George White Servicemen’s Centre.  In an article published in the Monday, September 24 Vancouver Sun, reporter Pat Terry described his visit with the recently freed POWs:
The sixty-odd Canadians still scenting the unaccustomed perfumes of freedom moved about the smoke-filled centre with the deliberate steps of men hearing for the first time after many years the words: “You may go anywhere.” ...
If you wish, they will tell you the cruel routine of the Jap prison camp – beatings, bayoneting, bad forced overwork.  But that is not all their life.
“You get used to anything,” said Don Beaton.  “The true horror was the unendingness of it all.  The day after day of sameness.  The being out of everything with the war moving like a swift-flowing tide and the years slipping by and you just being imprisoned as a forced labourer,” said Don. ...
“There was one thing kept you alive,” said Don, “and that was telling yourself and each other that the Yanks would come and set you free.  It was always the Yanks you thought about,” said Don, and the others nodded solemnly and slowly, “because you knew from first-hand information and experience that the Yanks were doing some bombing.  The Yanks were bombing the daylights out of the Japs,” he said.
“You didn’t talk about much else except getting free if the Yanks came.  Year after year you talked about that. Because freedom was like a dream and it wasn’t easy to live in prison without a dream.”
On Monday, September 25, 1945, Don Penny and his fellow Hong Kong repatriates stepped off the train in Vancouver and experienced those dreams becoming a reality.  In a strange footnote to his arrival that day, a letter from Hong Kong was processed in the Vancouver Post Office later that evening.  It had been mailed by Don on December 3, 1941.  The letter hadn’t made it out before the Japanese attacked a few days later, but miraculously was recovered after the liberation of Hong Kong in August, 1945. 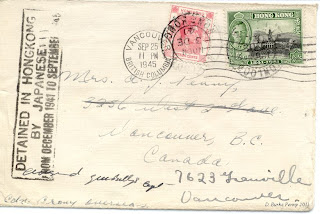